Here’s that one room from RE3R that has a bunch of tyrants and hunters in growth tanks. I don’t know what the real name of this room would be, but the game files refer to the tanks as ‘Culture Tanks’, so I’m naming it after that.

Some things to note about the scene: 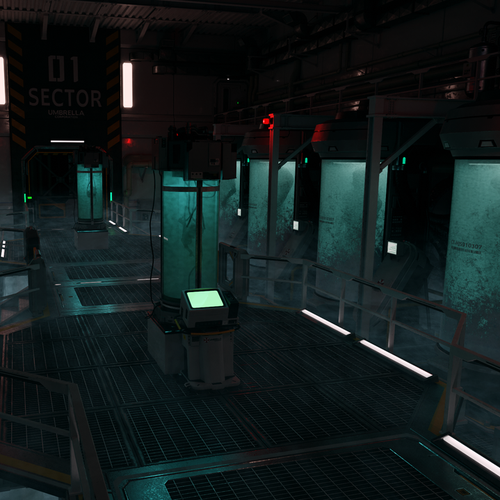