Found this model and decided to bring it into Blender. One interesting fact is that some of the buildings and debris have rigging, so you can pose/animate them any way you'd like. I've created 2 poses - one is the default from NecroCainALX, and the other is from me "placing" the debris on the ground.

I've also added some smoke volumes, and made the Skydome from the original an environment shader. I added a "Rubble Plane" below the scene to fill in some gaps (since the model was designed to only focus on a small area). I've also added some lights to give a bit more ambiance.

Works great for both Cycles and Eevee (though I prefer the Eevee rendering).

Feel free to use this any way you'd like, and, if you do, I wouldn't mind a shout-out on my twitter: @InTheDark2021 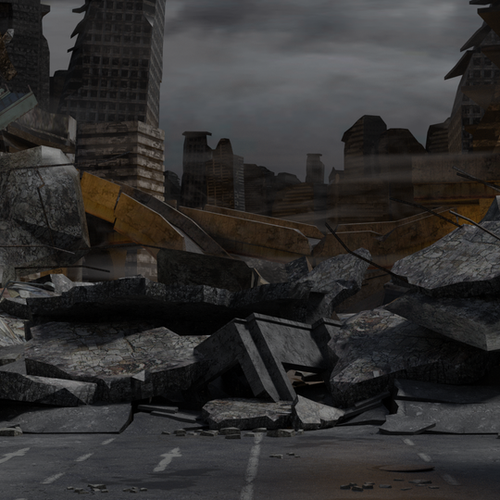