This is a port of the Ship Interior by deexie for Blender. I converted some of the shaders to work better with the Eevee renderer (though Cycles should be fine as well). But, as per my other imports, I couldn't just port this without adding some of my own flair.

Instead of just the cockpit, now we also have a Cargo Hold. Inside you'll find:

Have fun with this one, this was a lot of fun to make, and I learned quite a bit. Let me know if there are any enhancements needed, and eventually I'll put out a "Crashed" version of this! 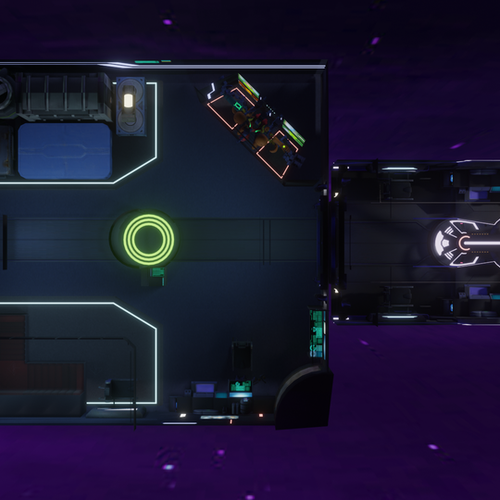